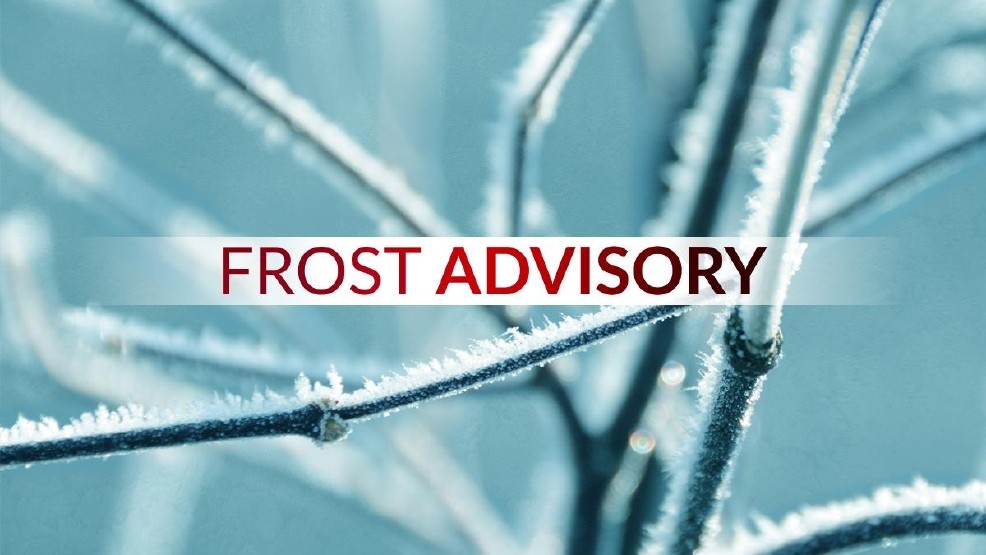 * WHAT…Cold air will invade the Central Valley. Clearing skies tonight will allow temperatures to lower into the upper 20s and lower 30s with widespread frost formation expected, especially in the outlying areas.

* IMPACTS…Frost could kill sensitive outdoor vegetation if left uncovered. Make sure outdoor pets have shelter from the cold.

Rain early in the morning, then a chance of rain in the late morning and early afternoon. Patchy fog until late afternoon. Highs 43 to 51. Prevailing west winds up to 10 mph.

Areas of frost and patchy fog in the morning. Sunny. Highs 44 to 50. Prevailing east winds up to 10 mph shifting to the southwest in the afternoon.

Partly cloudy in the morning then clearing. Areas of frost in the morning. Highs 47 to 53. Light winds becoming south up to 10 mph in the afternoon.