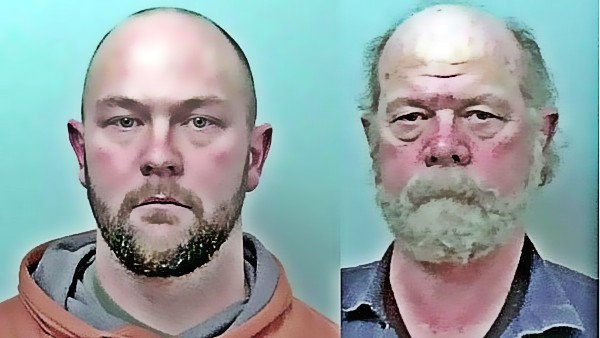 The El Dorado County District Attorney announced the arrest of a father and son for allegedly starting the Caldor Fire.

David Scott Smith, 66, and Travis Shane Smith, 32, are accused of reckless arson related to the fire that started Aug. 14 near Omo Ranch. Authorities did not provide additional details on how the two men may have started the Caldor Fire.

They are being held in the El Dorado County Jail in Placerville on $1 million bail each, and are expected to be arraigned by Friday.

Attorney Mark Reichel has been representing the men since August and says they didn’t start the fire. He says the men spotted flames near the origin in the area of Omo Ranch, south of Grizzly Flats, and called 911. Reichel didn’t respond to the question of what the Smiths were doing in the area at the time of the fire.

Mark Almer lives in Grizzly Flats, the town nearly wiped off the map by the blaze.

“The people of Grizzly Flats, I think they will have some peace of mind knowing that the cause and origin was determined,” Almer said. “But I think people have already started to try and move on within the process.”

[Mark Almer lives in Grizzly Flats, Almer’s home is still standing, though most of this neighborhood was reduced to ash.]

This is a developing story. We will update it as we learn more.