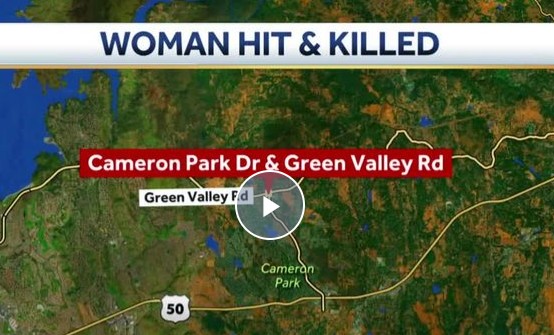 CAMERON PARK, Calif. —A woman walking on a roadway after leaving a convenience store in Cameron Park was killed after being hit by the driver of a pick-up truck Tuesday night, the California Highway Patrol’s Placerville division said.

The woman was struck by a Dodge pick-up on Cameron Park Drive and Green Valley Road around 6:50 p.m.

The driver remained on the scene along with multiple witnesses and cooperated with authorities on the scene, CHP said.