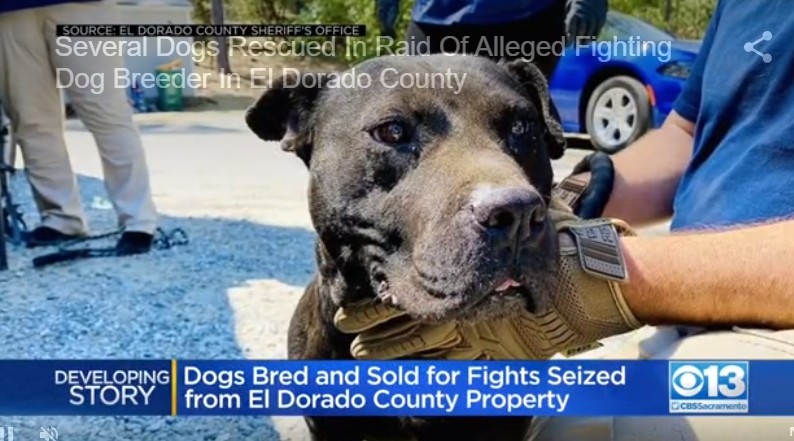 A suspect is in custody and several animals have been rescued from an apparent breeding operation that was selling fighting dogs.

The property was served a search warrant on Thursday, the El Dorado County Sheriff’s Office says.

With the help of the animal services, the Department of Agriculture and the US Marshals Service, several dogs were rescued from the property. One suspect was also arrested.

Exactly how detectives zeroed in on the operation was not disclosed. No exact number of animals rescued has been released.

The name of the person taken into custody has also not yet been released.

Detectives say they are only releasing limited information at this time since the investigation is still ongoing.