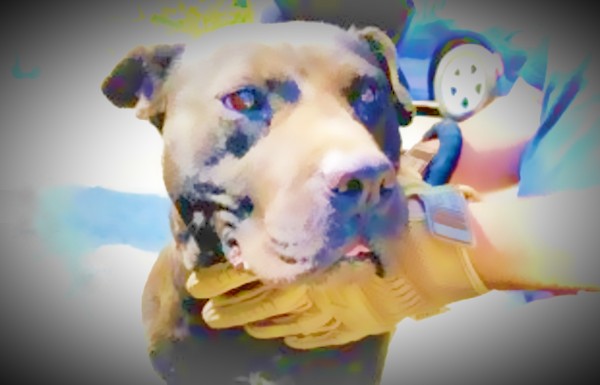 Calif. — A federal grand jury returned a 27-count indictment today against Carlos Villasenor, 38, of Placerville, charging him with possession of dogs for use in an animal fighting venture, Acting U.S. Attorney Phillip A. Talbert announced.

According to court documents, on June 17, law enforcement agents executed a federal search warrant at Villasenor’s property and seized 27 pit bull type-dogs, one of whom had injuries to its face consistent with an attack from another dog. Many of the dogs also had untreated veterinary conditions. Numerous implements of the dog fighting trade were found on the property, including a breeding stand, treadmills, and veterinary supplies including skin staplers, antibiotics, syringes, and IV bags. Investigators also found paperwork indicating that Villasenor owned dogs used in dog fighting.

“This investigation and indictment should send a strong zero-tolerance message to those individuals who traffic in inflicting pain and suffering on animals,” said Patricia Contreras, Special Agent in Charge, U.S. Department of Agriculture-Office of Inspector General. “We appreciate the commitment of our federal partners in pursuing these purveyors of death who operate animal fighting ventures.”

This case is the product of an investigation by the U.S. Department of Agriculture. Assistant U.S. Attorney Mira Chernick is prosecuting the case.

If convicted, Villasenor faces a maximum statutory penalty of five years in prison and a $250,000 fine. He may also be ordered to pay restitution for the care and rehabilitation of the dogs. Any sentence, however, would be determined at the discretion of the court after consideration of any applicable statutory factors and the Federal Sentencing Guidelines, which take into account a number of variables. The charges are only allegations; the defendant is presumed innocent until and unless proven guilty beyond a reasonable doubt.

Dozens of dogs were held captive and forced to fight and breed by the leader of a dog fighting ring, according to reports. The alleged mastermind of the ring was a man named Carlos Villasenor. An undercover federal agent reportedly broke the ring wide-open when he convinced Villasenor to sell him a dog, purportedly to be used to breed more fighters.

As a result of the undercover work, authorities raided Villasenor’s property and reportedly found dozens of pit bulls used in fights, a Chihuahua used for bait in the fights, testosterone boosting supplements, animal skins, “break sticks” used to pry open a dog’s mouth when it has bitten and held, and a contraption designed to “immobilize” female dogs for coerced breeding.

The accused, Carlos Villasenor, was apparently caught trying to sell a fighting dog to an undercover agent.

Dog fighting is a disgusting crime and I ask that you prosecute this individual, and any of his co-conspirators, to the fullest extent of the law.