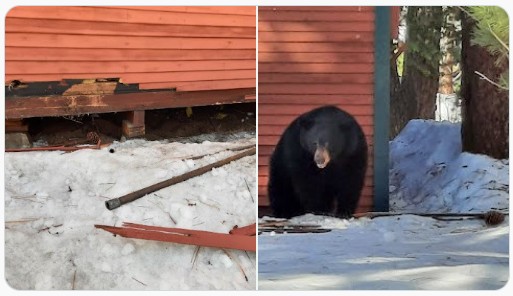 Bear caught attempting to break into the crawl space of a home in South Lake Tahoe.

LAKE TAHOE, Calif./Nev. – The community can expect increased bear activity as bears prepare to emerge from their winter dens for the first since the Caldor Fire, according to the Lake Tahoe Interagency Bear Team.

Generally, fire can be a revitalizing event for a forest, with downed logs providing great forage spots for hungry bears looking for insects such as termites and grubs. Wild animals are typically resilient and able to adapt to fire and other environmental changes: It’s part of their nature. However, during last year’s Caldor Fire, some bears and other wildlife were forced to flee from the flames. While some bears were hit by vehicles on highways, others may have traveled to the Tahoe Basin for refuge, while many sheltered in large pockets of unburned forest or were temporarily displaced.

During the evacuation last fall, when […]