El Dorado County is home to many large animals — horses, cows, llamas, sheep, alpacas and more. When a natural disaster or emergency crisis erupts like a sudden wildfire that demands evacuating large animals, it isn’t easy to quickly move livestock to safety. El Dorado County Animal Services and the Office of Emergency Services, as well the Sheriff’s Office, coordinate such evacuations and when they need trained help, South County Large Animal Rescue is called in.

Authorized to assist under the direction of El Dorado County Animal Services, SCLAR is a nonprofit organization that encompasses approximately 30 trained, all-volunteer members who stand ready, day or night, to help rescue animals to safety and care for them during a crisis.

And the group serves the whole county despite its “south county” name.

Sandy Davitt, board member and volunteer, clarified the the organization’s mission, explaining, “Although the name ‘rescue’ is in the name, it means a disaster or emergency rescue such as evacuations, rather than neglect or abandonment type of rescues — even though some SCLAR members have assisted Animal Services in such at their request. Our primary function is disaster evacuation.”

When alerted to help in an emergency, SCLAR deploys its volunteers with their trucks and trailers to go into evacuation zones, retrieve the animals under stressful conditions and deliver them to evacuation shelters/sites.

Although they specialize in handling and caring for large animals, Davitt noted, “We will pick up smaller animals that need evacuation, also. We won’t leave them behind.”

Being a SCLAR volunteer is a real hero’s job. One has to be brave to handle animals under stress and enter dangerous situations and take on the hours needed to help manage the animals the entire time they are in a temporary shelter; it could be days or weeks. The Caldor Fire put SCLAR to the test.

“While we are not sent into evacuation zones after dark, we staff shelter locations 24/7. For an event with a long duration like the Caldor Fire, many members worked long hours to ensure we had the coverage we needed,” Davitt recalled. “My first shift at the fairgrounds last summer lasted four days. Others also worked many days straight, which is why we would love to have more volunteers willing to become pre-qualified for the next emergency so we can rotate people through with shorter shifts. It was a lot of work and long hours, but we got it done. This was a first of its kind event for our county and we learned a great deal.”

SCLAR volunteer Mike Biggs knows firsthand the time and effort spent during the Caldor Fire. “I worked there 31 hours straight. When we brought in pigs from an evacuation, there was a pen. Although constructed for bigger animals, we had to place them there because there wasn’t room elsewhere. We fixed it up the best we could but, still, I had to watch them overnight should any wander out, which some did.”

At sheltering locations, SCLAR volunteers do more than supervise animals prone to wandering. They also manage the intake of animals, check that each animal is properly identified and has owner’s contact information, ensure all paperwork is kept current with information that pertains to each animal, make records of observations of the animal’s health for injuries, etc., and contact the owners and/or veterinarians if they note something of concern. They also tend to the daily needs of the animals — feeding, watering, and cleaning their pens or cages.

When it’s time for the animals to go home, volunteers ensure proper checkout and paperwork completion when the animals are picked up by their owners. There are always volunteers present on site 24 hours a day to monitor the health and safety of the animals.

“We were able to house and care for over 1,800 animals, in conjunction with El Dorado County Animal Services (on both the Western Slope and the South Lake Tahoe area), and were able to move forward in a timely manner to assist our community members in taking care of their animals while they were evacuated during the Caldor Fire incident,” Davitt said

Not all volunteers are comfortable with handling animals or with the physical tasks to care for them and instead help with intake, keep paperwork current, answer phones, organize supplies and donations and for fundraising, help as navigators and drive pilot cars. Some are also HAM radio operators, playing a vital role as oftentimes, during an emergency, typical means of communication through landlines and cell phones can be cut off and cell service isn’t available in remote areas. SCLAR uses HAM radio and walkie-talkies to communicate to team members.

Whether volunteers work directly with the animals or manage other needs, their time and devotion make a positive impact on the animals and their owners in a time of crisis.

SCLAR is also called to help in other rescue situations such as if a herd breaks loose or other large animal incidents.

“It’s really easy to be a volunteer,” Biggs said. “Just take the Incident Command System 100 course. If you pass that, submit the certificate with your SCLAR application and we’ll take care of the rest of the paperwork.”

A background check and fingerprinting is required. Upon approval volunteers are sworn in as Registered Disaster Service Workers through the Office of Emergency Services and be trained to serve. To get started visit SCLAR.org and click on FAQ and How to Join.

If you need a large animal evacuation or assistance, SCLAR cannot self-deploy or respond directly to phone calls as the group is directed by El Dorado County Animal Services and ultimately, the EDC Sheriff’s Office. Instead, contact Animal Services for assistance at (530) 621-5795 and staff they deem it necessary, they will deploy SCLAR volunteers. 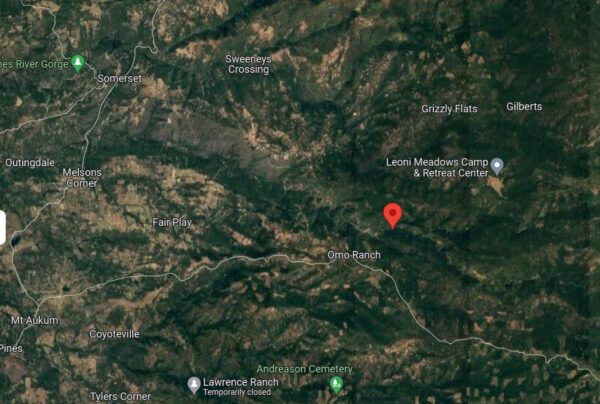