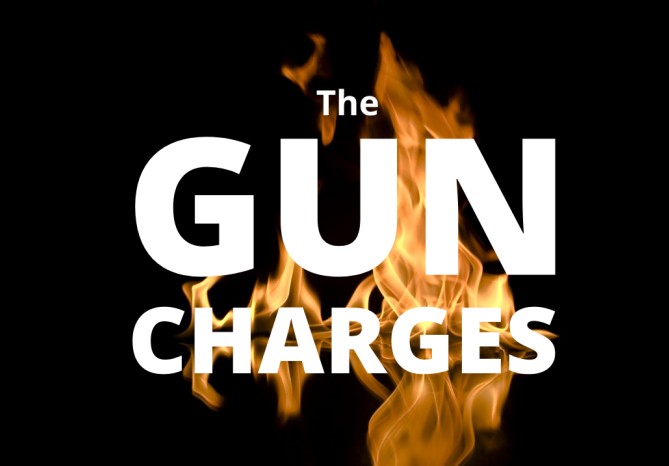 On Thursday, December 9, the El Dorado County District Attorney released the official charges against the Smiths as alleged in the People of the State of California vs. Travis Shane Smith and David Scott Smith. Let’s take a closer look at what the charges mean for the two men and what the allegations include (and don’t include).

First, let’s start with the headlines. The trending topic overnight was the added allegations of a modified gun charge against Travis Smith, and possession of an illegal silencer by both David and Travis Smith.

On or about and between August 9, 2021 and August 14, 2021…Travis Shane Smith did unlawfully and intentionally convert a firearm into a machine gun or knowingly manufacture a machine gun.

Violation of this law, California Penal Code 32625, is a felony punishable by up to 6 years in prison.

Let’s also take a quick look at the allegations around the silencer, of which both David and Travis Smith have been charged:

On or about and between August 11, 2021 and September 23, 2021…Travis Shane Smith and David Scott Smith did unlawfully possess a silencer for firearms.

Possession of a silencer is a felony under California Penal Code 33410 and is punishable by up to a $10,000 fine and possible prison time.

The question on everyone’s minds, is the DA alleging that the Smith’s started the fire by discharging a modified machine gun and/or a gun capped with a silencer? The short answer is no. But the long answer is maybe and requires some unpacking.

In the indictment, counts 1-3 are all related to alleged violations of California Penal Code 452, commonly known as reckless arson. These three counts allege the Smiths caused bodily harm (count 1), and burned structures and forest land (counts 2 and 3) due to reckless arson. These three counts are followed by three enhancements which allege that at least one peace officer or firefighter was injured, there was more than one victim injured, and multiple structures were burned.

The fourth enhancement is the allegation that the above offenses were committed within an area proclaimed by the governor to be in a state of emergency due to drought. The final two counts are gun charges, which are listed after the fourth enhancement.

So, it can be noted there are no firearm enhancements listed regarding the first three counts of reckless arson. Additionally, the gun charges are listed after the enhancement alleging violations of the emergency draught. At this time, then, it would be reasonable to assume the DA is not (yet) alleging a modified machine gun nor a silenced gun was used in relation to the start of the Caldor Fire.

I was able to contact the Smiths’ Attorney, Mark Reichel, again this morning. When asked for comment on the guns charges he stated, “It is very clear the complaint itself does not allege a firearm was used in the commission of starting the fire.” He also reminded me he has not yet heard the DA’s theory on how the fire was started.

When asked what he expects to see at the arraignment today, Mr. Reichel said, “We’ll see. It may be continued to give us time to put forth an argument to reduce bail. We need some time to explore resources for bail. The bail is just way too high.”

The El Dorado County District Attorney’s office has announced they will not be commenting publicly on this case. As such, no comment was offered for the writing of this story.