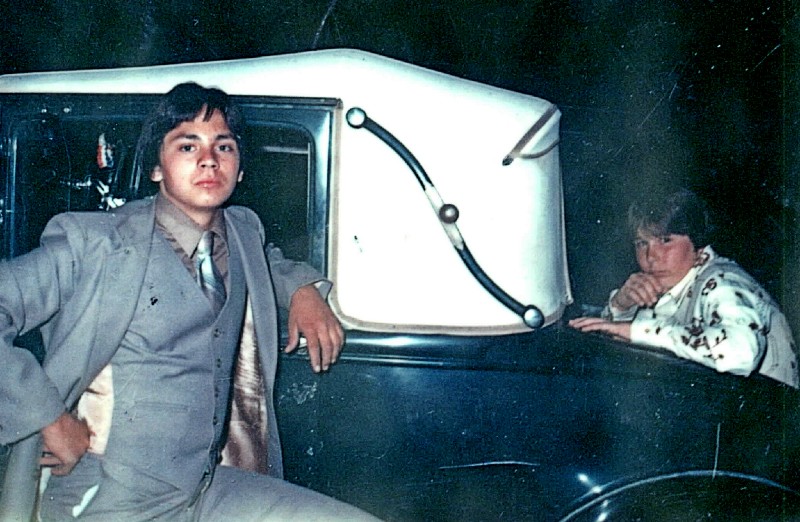 In 5th Grade [1977] I lived on Mother Lode and Lindberg across from the “Blue Barn.”  The owners were the “Cooks” and they were from the Midwest where old man Mr. Cook had made donuts his entire life.  He had moved here and opened a donut shop – next to my bus stop.

I spent so much time there I learned what “proofing” was and how to cut an already glazed “Bar” in half and coat it with a layer of custard mix before re-sandwiching the two halves.  Across the street from home, at my bus stop, and they were friendly to a little lonely boy.  I was blessed and cursed.  A childhood of fresh donuts still warm.  And cursed in that NO donut will EVER be as good as Mr. Cook’s donuts.  Never!  Not in my mind.  Nothing can ever measure up to my childhood donuts.

Hubba Bubba was the favored gum that year. But time waits for no one.

Mr. and Mrs. Cook retired and a new Convenience Store opened to fill the space at the “Blue Barn.”

“Bubblicious” was the new gum hit.

My family was in the small retail business and cash on the barrelhead was normal.  So when the new gum became a hit I had some.  Other kids would ask me for some of mine…

Kids would offer me money for some of my gum …

Soon I was accepting offers at about 25 cents a piece or $1 a pack.

Soon I had many new friends and I was selling at “Keystone” on the whole packs and more like 400% markup on single piece sales.

I was not thinking of much else as Sales became full time work in the hallways of Herbert Green School.

Right away I heard Mr. Herrick’s voice saying, “I have been looking for you!”  As he held my earlobe he helped me carry some of the weight of my big head to his office with a name plaque with his name over the words “Principal.”

On his guided walk to his office he asked [rhetorically] if I knew the mess I had made?  “There was gum all over the school!  Under every desk!”

He was a tall man and I was a short kid.  Even at a stoop his steps tugged upwards on my ear letting the pain help his lecture stick with me.

The school had to hire extra cleaning because of the mess – ALL OVER.

That he had tracked me down KID BY KID and it led back to me!

That I had been SELLING it and I should have to pay for the cleaning!

I lost a very vigorous and profitable business AND ever since gum is BANNED at Herbert Green School.

[Picture is from that time period but 8th Grade when H.G. had one. Jimmy had nothing to do with my Gum shenanigans.]