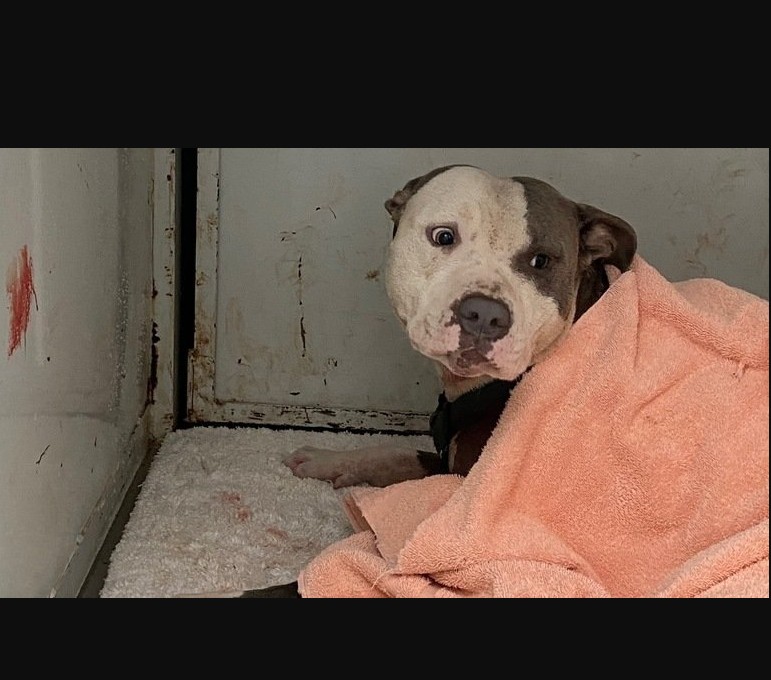 On 12/25/2021 a pitbull mix dog was found tied tightly to a pine tree on a rarely traveled road to a forest campground near Georgetown, California.

The witness who found the dog, saw and spoke to the two people leaving the area.  The dog had been shot multiple times and run over by one of their cars.  The woman lied to the witness, saying she saw the dog and called animal control to help it.

Turned out, that woman and her male accomplice were the perpetrators.   The woman was in fact the owner of the dog and she lied and never called animal control.   The witness suspected this and immediately called El Dorado County animal control , who took information and the dog to the vet.

The dog had to be euthanized because her injuries were too severe.

The investigators have a witness, and multiple tips that identified the guilty parties responsible for the torture of this poor dog.  The authorities know who committed this felony animal abuse, but progress has been slow.

The guilty parties have still not faced any consequences.

Please help bring justice for this tortured dog by sending an email to animal.services@edcgov.us and demand justice!  The case # is A21-107876.

9 thoughts on “Demand justice for family dog tied to tree, shot multiple times, then run over with a car”