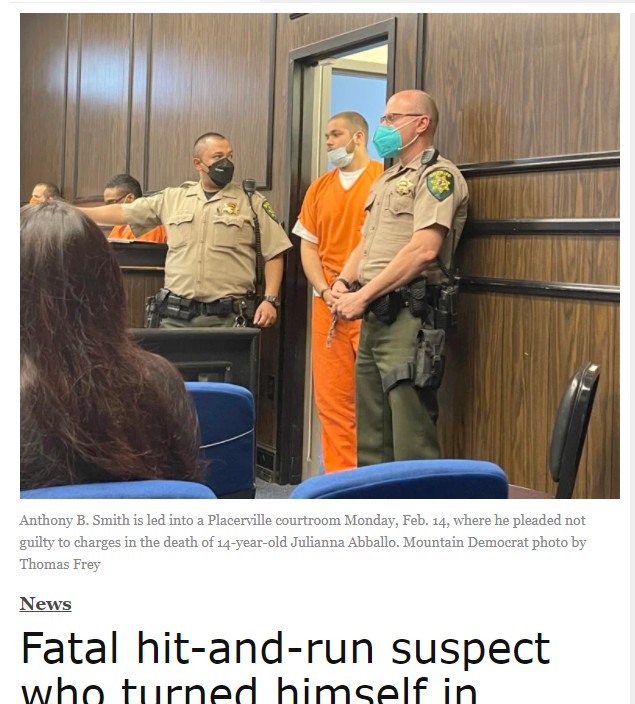 Prosecutors say Anthony B. Smith was still intoxicated when he turned himself in Feb. 8, four hours after the SUV he was driving allegedly fatally struck Camino teenager Julianna Abballo as she walked along Carson Road. Smith, a 23-year-old Pollock Pines resident, entered a plea of not guilty at his arraignment in El Dorado County Superior Court Monday afternoon.

Mike Pizzuti, representing the people, said when Smith turned himself in his blood alcohol level was 0.14. The legal limit is .08.

Pizzuti said four days earlier on Feb. 4, Smith was arrested for a DUI.

“That DUI event should have been fresh in his mind and acted as a deterrent,” Ralphs said before announcing that Smith’s bail would be set at $300,000.