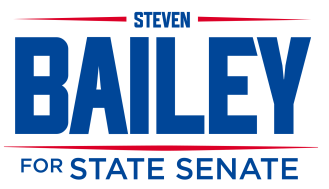 “A proven conservative, Steven Bailey will hold Sacramento politicians accountable while advocating for policies that matter to Californians,” said Doolittle. “Republicans need a fighter like Steven Bailey in Sacramento.”

“I am honored to have John Doolittle’s endorsement,” said Bailey. “His leadership in both Sacramento and Washington, DC set a high standard for public service.”

A Marine veteran and small business owner, Bailey sees the struggles of Californians, who are hurting from ill-conceived criminal reform policies that have made California neighborhoods less safe. He knows California’s oppressive regulatory policies are shattering Californian’s Golden State dream.

“As a State Senator, I look forward to continuing to fight intrusive government overreach while working to make California a safer place for our families,” said Bailey.

During the COVID-19 pandemic, Bailey represented businesses and individuals that were victimized by punitive COVID-19 restrictions. He continues to help those that are the target of unconstitutional government dictates.

Steven Bailey and his wife Kathleen have been married for 44 years. They have made their home in Northern California, where they enjoy spending time with their children and grandchildren.

“I can no longer stand by while self-serving Sacramento liberals undermine our state.

“I am running for State Senate to stand up to Gavin Newsom and his Democrat lackeys. California’s State of Emergency needs to end NOW, and strong leadership is necessary to fight rampant crime, open borders, and a never-ending assault on taxpayers struggling to make ends meet.

“If you are tired of the endless stream of absurd Democrat policies, support my campaign HERE, and let’s take our state back.

The 4th District is currently represented by Senator Jim Nielsen, who is not seeking reelection due to term limits.

Leave a Reply to Marty B Cancel reply